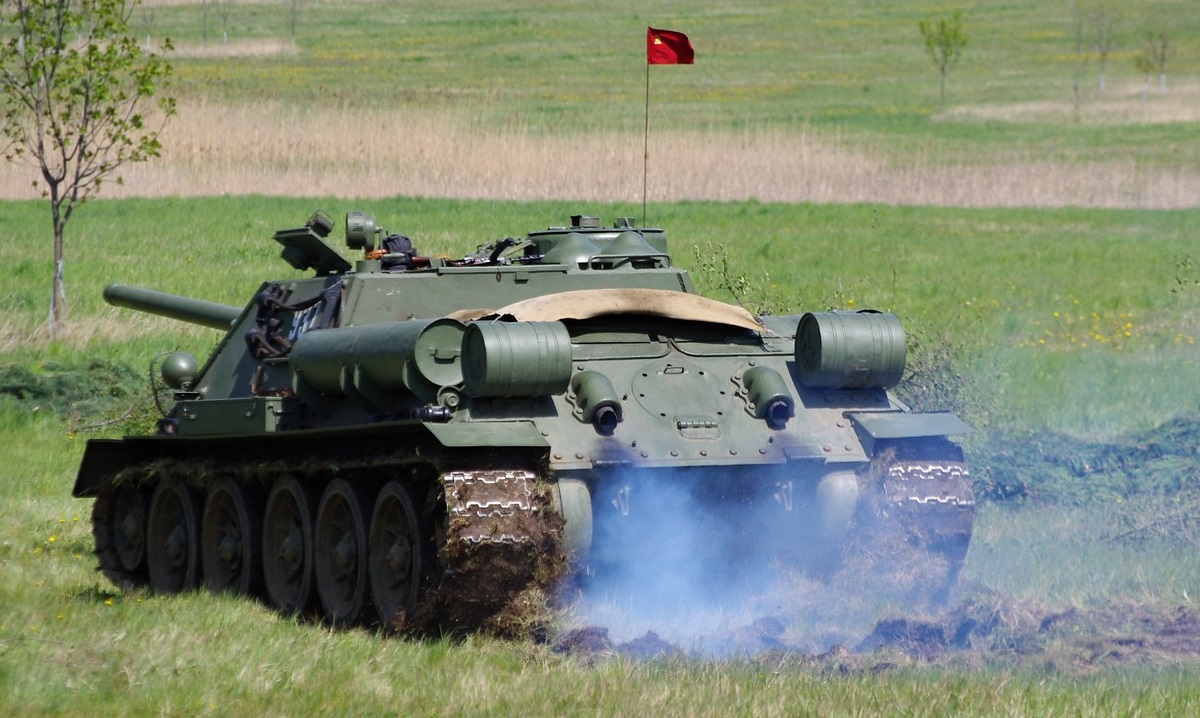 Anyone who follows the news from Ukraine has probably seen footage showing the destruction of a tank or an armored vehicle. Such a view is generally unsettling – a torn tank, charred corpses and missing limbs. Why are these vehicles destroyed so easily and what happens to the tank crew when hit?

Well, actually the answer depends on many factors: location of hit, angle at which the missile hit the target, construction of missile, its weight, thickness and type of armor, alloy used for its production, number of layers and many other factors. There is too much of this to discuss every possible example here, so we will simply focus on discussing what happens to the crew after an accurate hit on the most vulnerable part of the tank. For this purpose, we will discuss the three most common types of anti-tank missiles.

High explosive squash head (HESH) consists of a shell filled with a plastic explosive and a detonator located at the rear of projectile. On hitting the target, the explosive deforms under the force of impact to form a flat disk, which is detonated by the detonator. The purpose of this projectile is not to penetrate armor, but to cause tearing of the inner part of armor. Under the influence of the shock wave, stresses are created, as a result of which the inner wall of the tank is torn and turns into dozens of shrapnel massacring the tank crew.

The defense against high explosive squash head is armor consisting of several layers. Another way to protect a tank is reactive armor. To a layman, such armor looks as if the tank is encased in dozens of bricks. Each of these bricks is a cube of explosive material with the task of dissipating the energy created by a hit.

High explosive anti-tank (HEAT) create a cumulative stream when they explode. Their effect can be compared to a lens that concentrates sunlight. All the energy is concentrated in one small point. The heat thus generated breaks through the armour and is forced inside. It is interesting to note that the piercing power of the cumulative projectile does not depend on the speed of projectile, but on the explosion set off at the moment of collision with the target.

At the moment of a hit the fate of crew is bad. Through a small hole to the inside of tank is forced powerful pressure and murderous heat, which burns all the oxygen and the crew alive. The whole is completed by flying shards of molten metal. But even that’s not the end – the impact also causes a shockwave, which can detonate ammunition stored in the tank. The tank then explodes in a spectacular manner. Often such an explosion causes the turret to be blown off.

The defenses against cumulative projectile are: reactive armor, layered armor and spaced armour. The latter is a mesh or sheet plate attached to the tank. The sheeting initiates the detonation of projectile before it reaches the armor. The answer to this, are missiles with two charges – the first breaks reactive armor or other protection, and the second pierces the armor proper. This is how the Javelins, popular among Ukrainian soldiers, operate.

Armour-piercing, fin stabilized, discarding sabot (APFSDS) is an arrow-like type of projectile. When fired, the projectile looks like a rocket, but after a moment the rear end is discarded, leaving only a sharp spike flying towards the tank. Projectiles are made of hard metals such as depleted uranium or tungsten. The projectile is designed to pierce armor. Once hit, the crew is killed by a shockwave and glowing debris.

See also  How long can you survive without food?

As in the previous cases, the way to defend is to use reactive armor. The angle of tank wall at the time of hit may also help.

Can a pocket laser damage our eyesight?